“I want you to find someone,” Deborah said.

The distinction between right and wrong is embedded deep in Bristol private eye Jack Shepherd. He has paid a high price getting to this place, negotiating a perilous path among his clients, the law and those on the wrong side of it.

Who is Deborah Thorne hiding from? When a body surfaces in the mud of the Severn Estuary and is identified as her therapist and a former client of Shepherd, his investigation sucks him into a sinister and brutal vortex, which might see him pay the biggest price of all.

“Closing the Distance is a clever, modern thriller, where nothing is as it first seems. PI Jack Shepherd – widower, father, poetry aficionado and reluctant but efficient bruiser – runs his faintly haphazard business in a Bristol that both soothes his soul with its natural beauty and irks the hell out of him with its unnatural town planning. On a day which begins with threats by a local crime lord and ends with a former client surfacing on the mud of the Bristol Channel, he receives an unusual proposition. A striking looking woman appears in his office and hires him to find herself. What unfolds from then on, cleverly weaves together seemingly disparate strands that stretch from Kosovo, through rural Suffolk, and into the Forest of Dean, emphasising the point that contemporary criminality is a game without frontiers. So will Jack Shepherd be able to join the links and find his client again, before dangerous pursuers get to her first?” 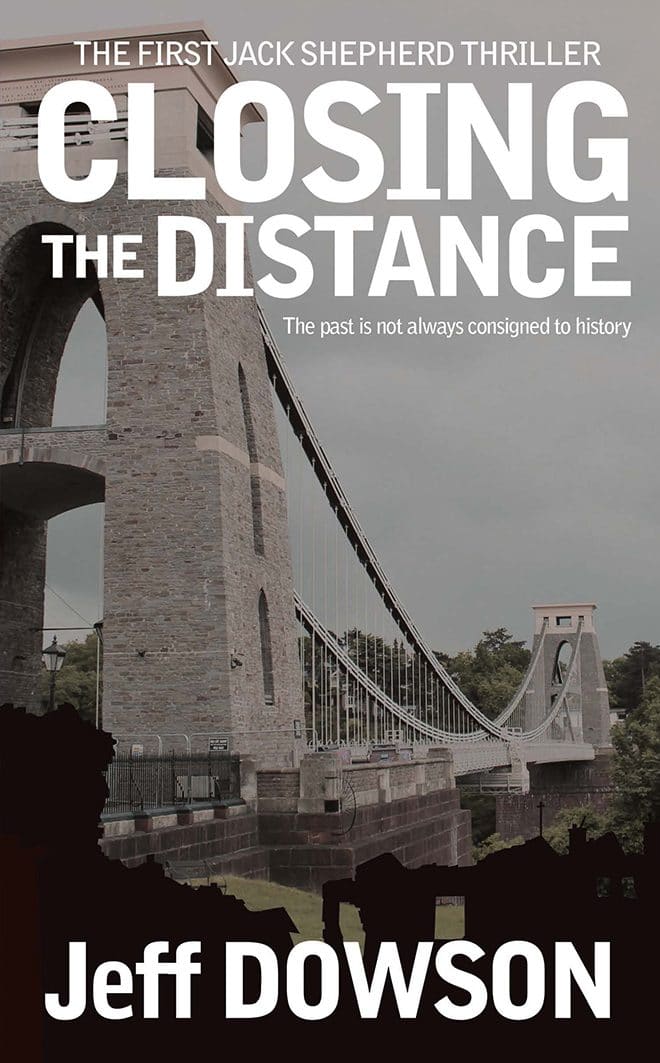 Absolutely brilliant! “Closing the Distance” is a fast paced, tough, private eye thriller with a great sense of humour, and a tension which grows and doesn’t let go until the devastating ending.

— Marion Jones
Posting....
We use cookies to ensure that we give you the best experience on our website. If you continue to use this site we will assume that you are happy with this.OKMore about cookies