Jeff has worked in arts and entertainment since the mid 70s. Beginning as a theatre writer and director – specialising in work by Alan Plater, Howard Brenton, Joe Orton, Harold Pinter; and European writers Samuel Beckett, Max Frisch and Bertolt Brecht.

He took this experience into television and joined ITV company, Granada, as a writer and producer; which in the mid 80s, launched a second career as an independent screenwriter/producer/director.

Recently, after a decade as a script producer, edit producer and executive producer, he sat down at his desk and decided to go back to writing full time.

A co-scripted comedy drama road movie “The Return of Winter and Spring” is written and in development. A feature film “Brilliant Exile” is in pre-production.

Closing the Distance unearthed a new creative resolve. One Fight at a Time followed – the story of Ed Grover, an American GI in Bristol in 1950. Then three more in the Jack Shepherd series, Changing the Odds, Cloning the Hate and Bending the Rules.

Jeff is a member of the Crime Writers Association and of BAFTA. 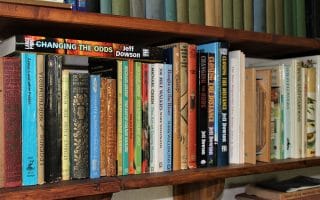 We use cookies to ensure that we give you the best experience on our website. If you continue to use this site we will assume that you are happy with this.OKMore about cookies